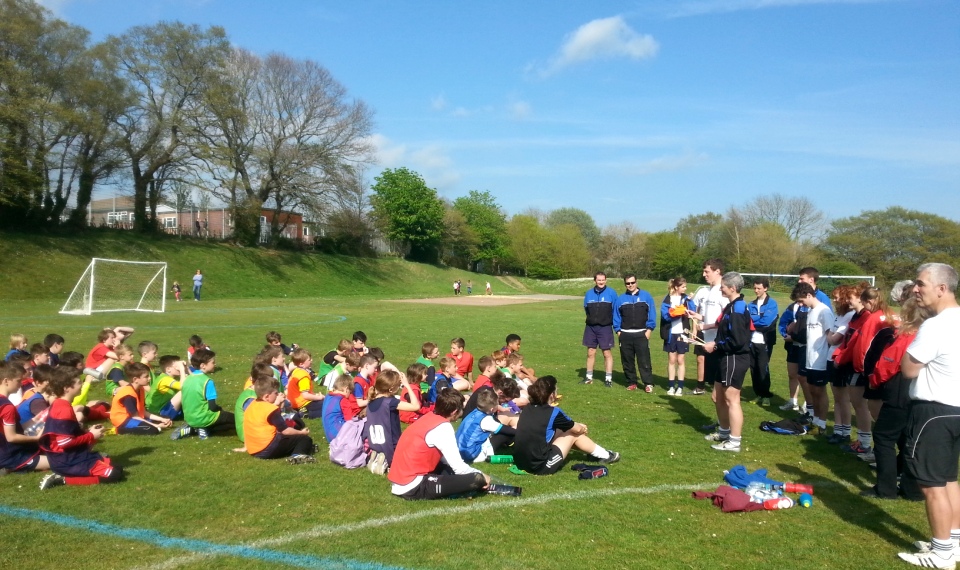 Soccer Schools | Comments Off on Soccer and Netball Schools

A fantastic time was had by all at both events and we had great weather too.

Picture shows coaches awards being given out at the end of another glorious day at Battle!