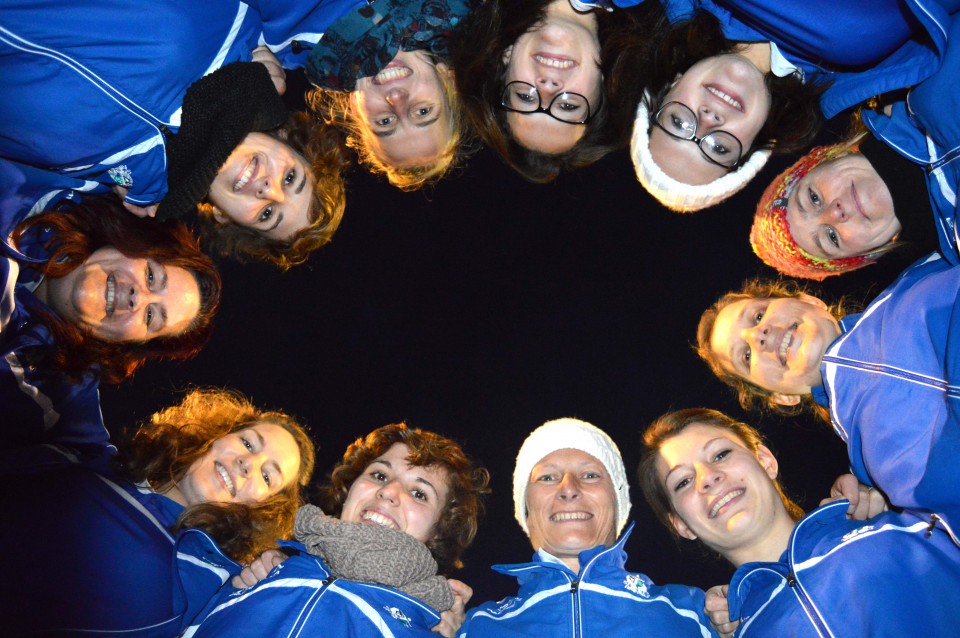 Wednesday 28th October
Game four v Raumberg
This was a game we had been looking forward to! We first played the Raumberg girls’ team last October, which also led to us playing their boys team in May.
Thank you to Franz for arranging the games for us and to the team for travelling to Schladming to play us there.
It was great to see some of the girls we had played last year as well as meeting some new ones and being able to share with them afterwards.
We gathered in the changing room after the game and Annie Schmidt shared her testimony and Ruth rounded off with the ‘Bridge to Life’ illustration and we again gave out the Sports bibles and Sue’s booklet to all who were there, having some fantastic conversations with the players.
Thank you to the girls who came along and played us even though they had exams coming up in the next few days! smile emoticon

Match report:
4-4 (1-4 HT Annie, Jen, Tanja 2)
After the 3G pitch from the night before it was good to get back to our ‘home’ pitch and be on the green grass of Schladming.
Raumberg we soon found, were much improved from last year and we seemed to start a little slowly – (understandable with it being game 4 on day 5 of our time here!) and Raumberg shot out of the blocks, playing some great football and raced into a 2-0 lead.
Annie working tirelessly and hassling the defence forced an error and pulled a goal back before Raumberg scored a couple more to lead 4-1 at half time.
We were now very much up against it especially as Raumberg had recruited a young man to play in goal for them who was proving quite difficult to score past adding strength to the team and confidence to their defence.

A welcome sight greeted us at half time though – Tanja had come along to watch, and with legs tiring and injuries hampering some, she was soon persuaded to don a kit and join the game. It gave everyone a lift and new energy flowed through the veins, heads lifted and our passing was fast and fluent. As we attacked Annie was brought down in the box and Gregor awarded a penalty. With Germans on the team, the English were understandably reluctant to step forward to take the penalty, so Tanja stepped up to coolly stroke the ball past the keeper. 2-4 game on.
Vicky urged the team on fully believing the game was now within reach. Sue again was making great attacking runs playing as a wing back on the right and Jen and Tanja were forming an almost telepathic understanding in midfield as Tanja set Jen up to score and as the game was drawing to a close. Jen returned the favour and Tanja scored the equaliser! 4-4.
It was amazing to see the high energy of the girls especially in the second half and to see that energy also as the conversations flowed after the sharing time.
Praise the Lord again for a brilliant evening.
Back to Tauernhof for a well earned and scrumptious meal prepared for us by Lothar.  ☺