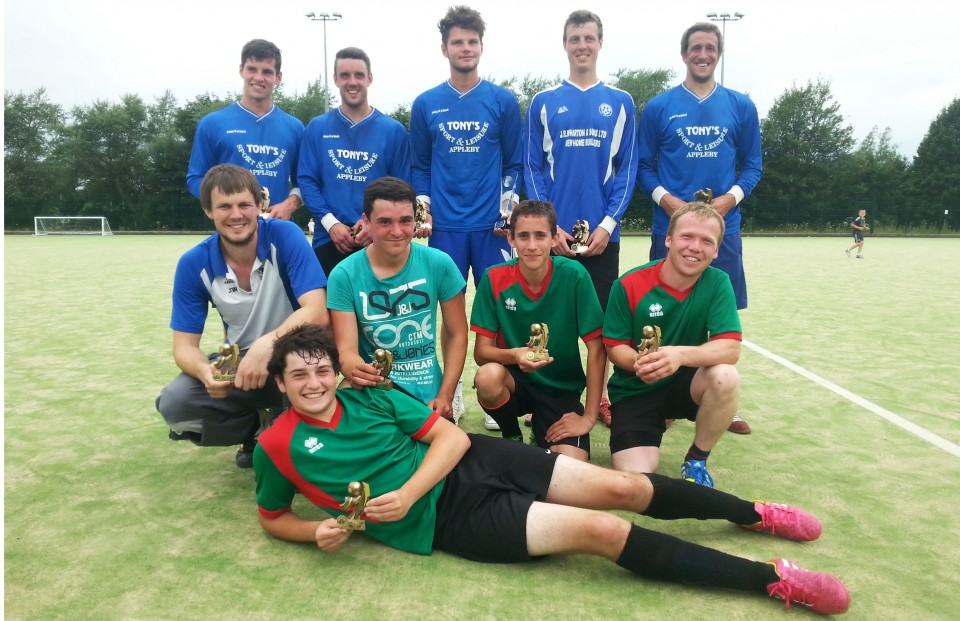 Thirteen teams signed up for a day of competition in the sweltering sunshine at Lancaster University!  They came from places such as Heysham, Ingleton, Quernmore, Wray but also from as far north as Penrith and as far south as Leominster as a team made an early start to travel up to join us for the day!

Midway through the day, Eric Young shared a powerful account of his life story, how he had been on the verge of football stardom yet through family losses and managerial changes his career took a downward turn which eventually led to him picking up a Gideons New Testament and reading about Jesus, realising it was true and in turn transforming his life.  He challenged men to read the bible for themselves and to discover Jesus as he had.