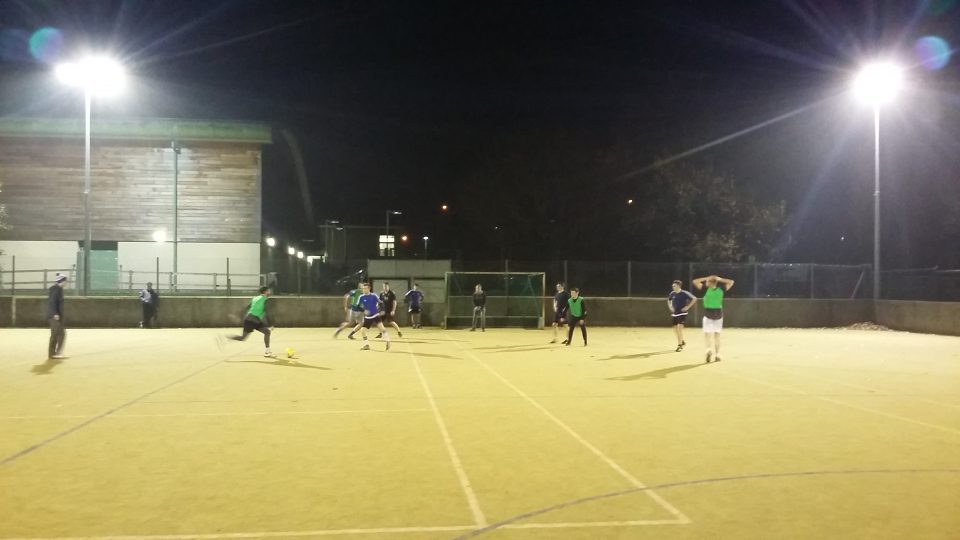 In arguably the most mouthwatering match of the season to date, two heavy weight neighbours came head to head in a massive top of the table clash. Wray vs Roeburndale Rascals would surely be a very special encounter indeed.  And boy did this local derby deliver. Out of the blocks in a flash came the Rascals who looked incredibly up for the match and their fast pace and good start paid off when Will Preece beat his man and then the keeper to give his side a deserving 1-0 lead.  Wray tried to rally but found the Rascals in sublime form and in turn quickly 3 goals down with Will Preece adding a second and James Lawson grabbing his first of the night.  Wray pulled a goal back with a superb strike from Harry Gorst, leaving several players in his wake his strike thundered into the roof of the net to give his side some hope for the second half.  That was until The Rascals added their 4th of the game and James Lawsons second when he took advantage of some slack defending to pounce on a loose ball and restore the 3 goal cushion. At half time the rascals led 4-1.  What a second half we had in store, and it didn’t disappoint.  Wray came out a different side and took the game to Rascals.  Creating several good chances only to find Luke Gorst equal to most things.  Steven Wright worked tirelessly to muster several great opportunities for himself but fluffed his lines at the vital time.  As Wray piled forward they were rewarded for their efforts when Harry Gorsts neat finish made it 4-2.  The joy short lived however when Will Preece completed his 2nd hat-trick in 2 weeks with another powerful strike.  Surely the points were the Rascals now.  Wray continued to pour forward and were given another lifeline when Steven Wright got a deserving goal for his excellent display, before Martin Huddleston had a goal chalked off with the game being brought back for a previous infringement up field.  With the game getting heated, it was won when not to be out done by Mr Preece, James Lawson completed his own hat-trick, and 2nd in 2 weeks, with a breakaway goal as Wray pushed on.  A superbly contested game between 2 of the favorites for this years crown, ending in a 6-3 win for the Rascals.  Will Preece taking the Man of the Match award for his excellent overall display.

In the other early game, Crown Lane were looking to keep a pace at the top of the league as they took on the in form Newbigginners.  Crown Lane quickly set to trying to break through a stubborn Newbigginners defence.  It took them 4 minutes before a quick one two, gave Dan Parkinson some space to get a shot away and he drilled the ball into the roof of Newbigginners net. A couple of minutes later and Dan scored almost an exact replica of his first goal.  Crown Lane were moving the ball around quickly and creating problems for Newbigginners and at half time they were 4 – 0 up with goals added by Luke Parkinson and Oliver Parkinson..  Into the second half and Dan Parkinson completed his hat trick.  Crown Lane weren’t to have it all their own way as Newbigginners were starting to raise their game and create some good openings.  DJ Beecham nearly scored the goal of the game, as a ball was played back to him on the halfway line, he lashed a volley against the Crown Lane post.  At the other end Sam Gorst was having a brilliant game in net for Newbigginners, making some great saves and starting attacks off for his team.  Just as was looking like the scoring had finished Crown Lane put gloss on the score line with 2 late goals from Oliver and Dan Giannoccaro.

At 9pm Oliver Jackson came down from Penrith to speak to us.  Oliver asked the question ‘Whats your excuse?’.  He told us of some amusing excuses that people have used for everyday situations, but then went on to ask what is your excuse for not following Jesus?  Oliver clearly explained why we need Jesus and urged not to make excuses for not following Him.

The first late game of the evening was a hugely important fixture between Capernwray and Carnforth.  The winner of this match would find themselves in pole position for the final place up for grabs in the top 6.  And what a good game it proved to be with both teams having their goalkeepers to thank for their outstanding performances.  Capernwray began the brighter and with it took the lead on 6 minutes when when the intimidating figure of Tobias linked well with his team mate to slot home cooly from close range.  Carnforth responded well however and found themselves level when Damien Kitchen continued his fine goal scoring form with a neat finish of his own.  With chances coming at both ends, Jakim in the Capenwray goal was like a wall, and made save upon save as the first half drew to a close.  In turn Tom in the Carnforth goal was equal to everything Capenwray had to offer, making several superb saves of his own.  Jakim’s hard work seemed to pay off first however and on the stroke of half time, a wonderful flowing team move found Jacob in heeps of space and his powerful strike rocketed into the roof of the net to give Capenwray a 2-1 lead going into the break. The second half was very similar to the first. Both keepers continued to produce some high class saves and frustrate the strikers further. That was until the calmest man on the field Tobias grabbed his second of the night to give his side some breathing space for the first time of the evening. 3-1 Capenwray led.  Not to disappoint the fans and on his return to the side following the birth of his second child, John Gorst stepped into midfield and hit a firm trademark drive, low into the bottom corner to set the game up nicely at 3-2 with 5 mins remaining.  As both teams tried to find that crucial goal, chances continued to fall and once more, the goalkeepers were determined to steal the show.  Save after save from either keeper followed and ensured the game had no more goals. After a thrilling encounter the game finished 3-2 to Capenwray and all but surely, cement their place in the upper half of the league for the fixtures post Christmas. Man of the match award goes to Jakim in the Capenwray goal. A superb display of shot stopping and ensured his side the 3 points.

In the other late game Garstang, who were still looking for their first win of the season, were playing the highly rated Quernmore team.  Quernmore had a very strong team out and it was they were on top throughout the game, without ever really being able to get fully into their stride.  Garstang were a real handful and were well organised by Matt Sowerby.  Quernmore took the win 8 – 4, with a hat trick from Rob Barker and a brace from Bruno Buccelli and a in response, a brace for Garstang player manager Matt Sowerby.

Thanks for the match reports from David Whitfield.