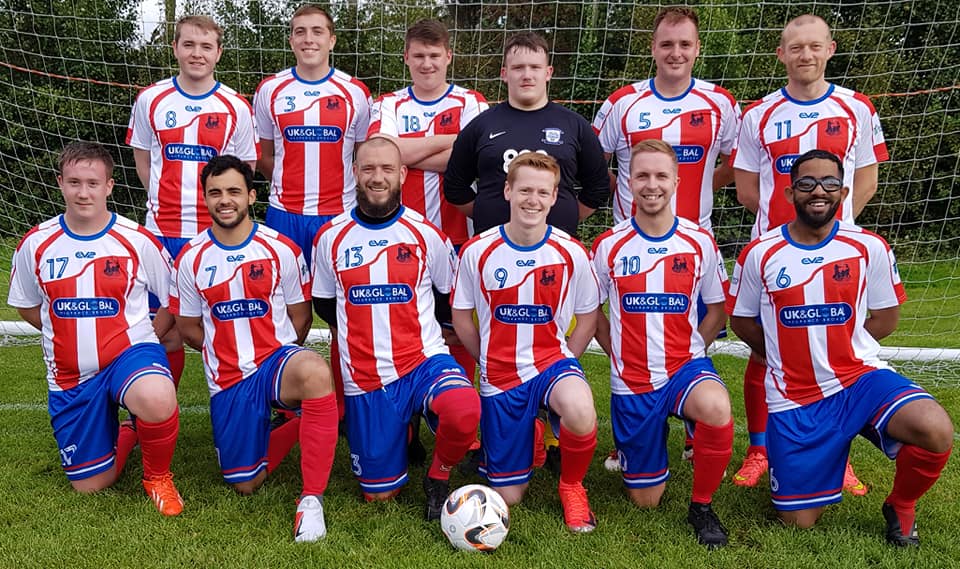 This week, we had two games take place in the SportsReach Football League, one in the cup and one in the league. In Group A of the Cup, Quernmore made the trip to face Wray in the fourth farmers derby of the season. Each game has been a hard fought affair this season, with both teams pretty evenly matched throughout the season. In the league, Fulwood faced Moorlands away from home. Moorlands have picked some good results up recently and went into the game hopeful of getting a result. Fulwood needed to get a win from the game to help close the gap on Great Ecc and aid their title challenge this season. In Group B of the cup, Loko were meant to make the trip to Great Ecc, but unfortunately the game had to be postponed.

Quernmore started the game much the brighter, moving the ball about well, with their wide men – John Townley and Artur Mello causing problems for the Wray back line. Tom Luxton and James Sutton also linked up well, creating some good chances to open the scoring. Quernmore had a number of good, early chances, but they failed to take them, either with Luke Gorst saving well or putting them wide of the post. Midway through the first half, Quernmore had the ball in the back of the net – a well worked move played into Mello’s feet, who then took it around the keeper and slotted home, but unfortunately for him, he was ruled offside and the goal didn’t stand. This was the wake up call that Wray needed though, as soon they came more into the game, creating some chances themselves. Both sides were looking to exploit the weather conditions to play the ball in behind and in the 34th minute, Wray did just that. A well played ball beat the Quernmore back line, and DJ Beecham raced into the box and clipped the ball, taking it past keeper Smith and rolled into the net, the Quernmore defenders not able to get there in time. Both sides were working hard and playing some good football, though the weather was making the game a little tricky. Half time came and Wray found themselves 1-0.

Moving into the second half and Quernmore gave debuts to their two new signings – putting both Kelsall and Thompson on the wings. Kelsall nearly had an immediate impact, flashing a shot wide after a good move by the team. It was a back and forth game, with both sides working hard to try and create openings to give them the next goal. Kelsall had another chance, firing inches wide after a one on one with keeper Gorst. Another let off for Wray. DJ Beecham was a constant thorn in the flesh for Quernmore and he was bringing some good saves out of keeper Smith. In the 70th minute, the next breakthrough came. A ball played into the box from Thompson landed at the feet of James Sutton, who swiveled and smashed the ball home, to bring the scores level. This was a massive moment for Sutton, who hadn’t scored for Quernmore up to that point this season. This sparked the game into life and both sides looked for what looked like it would be the winning goal. Aside from the game, it was great to see the return of George Whitaker from injury, after 18 months out. Despite not playing for a long while, he still looked superb on the ball and will be a big addition for Wray as this season draws to a close. In the final minutes of the game both sides had fantastic chances to secure the win. DJ Beecham broke through the Quernmore defence once more and came one on one with keeper Smith, who had raced out to try and combat the danger. Beecham tried to place the ball to the right of Smith, but he got a superb foot to the ball to deflect the shot wide. A superb save. It was then Quernmore’s turn to have a good chance to win the game, as there was a scramble in the box, following a shot from Luxton. The ball fell to the feet of Mello, who shot once, which was saved by keeper Gorst. The rebound fell to Mello again, but he couldn’t convert the chance and the chance went begging. The game finished 1-1 which meant that Quernmore went second in the group, qualifying for the Champions Cup, whilst Wray qualify for the League Cup.

In this league game, Moorlands came into it in good form, having had some good results recently. They started well and they soon found themselves 1-0 up in the 18th minute. However, this was as good as this game was going to get for Moorlands, as they faced a blitz from Fulwood and their attack. Moments after Moorlands had taken the lead, things were back level as Grundy netted in the 19th minute for Fulwood. 10 minutes later and Fulwood had turned the game around, Calum Alexander netting well in the 30th minute. Moorlands were still in the game, but needed to ensure they didn’t concede any more goals before half time. They got to two minutes before half time and they conceded another, from Grundy again, who got his second of the game. 3-1 at half time to Fulwood. Fulwood continued to battle hard in the second half and their attackers were having a field day! They increased their lead even further in 15 second half minutes, as Catterson added a fourth 5 minutes into the half, Alexander a fifth in the 60th minute and Grundy got his third and Fulwood’s sixth in the 64th minute. The scoring settled down for the next twenty minutes as Moorlands got to grips with Fulwood’s strike force a little. They continued to battle but it was too little, too late and Fulwood scored again in the 82nd minute through Catterson to ensure victory. This was a massive win for Fulwood, taking them 3 points behind Great Ecc, with both sides having the same number of games to play. All eyes will be on the next time they play each other!

There is a return to league action this weekend, as Fulwood travel to Loko, Wray travel to Moorlands and Quernmore host Great Ecc.