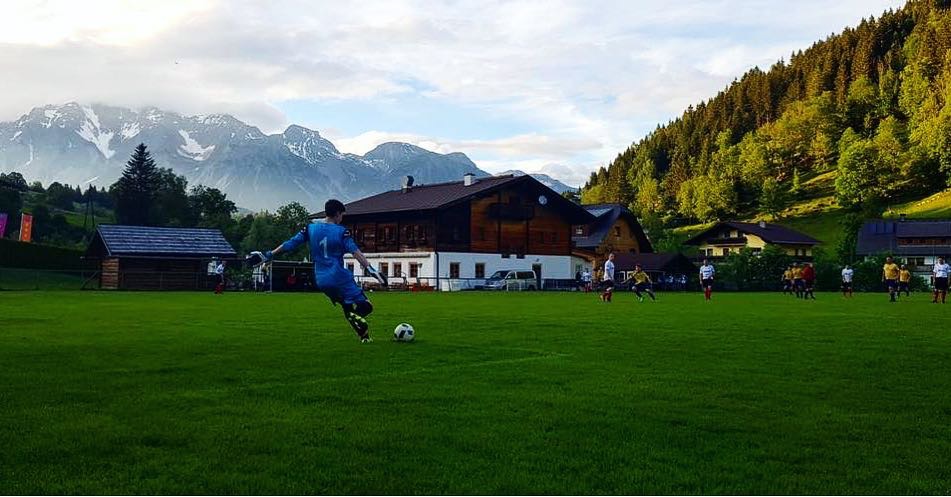 This weekend, we had some of the last games of the group stage of the Champions Cup, as teams jostle to try and ensure they qualify for the semi-finals as well as they possibly could. In Group A, Wray faced Moorlands, whilst in Group B, Great Ecc faced Crossgate and Fulwood made the trip to Loko.

In this group A game, both sides came into it knowing they needed a win to give themselves the best chance of progression into the Champions Cup semi-finals. Moorlands had to win this game to give themselves a good chance of qualifying, as it was their last group game. This was Wray’s second cup game this season and a good victory was important to stand them in good stead ahead of their final group game against Quernmore. Moorlands started the better of the two sides, and opened the scoring after only 5 minutes, new addition Wayne Ainsworth netting for his new side. Wray spent most of the first half encamped in the Moorlands half, the away side finding it impossible to get out, but Wray couldn’t score and bring the scores level. Moving into the second half and it was roles reversed. Moorlands were encamped in Wray’s half and doing all the attacking. However, Moorlands took the chances that came their way. They scored two in two bursts, Ramsbottom netting his first goal in the 68th minute, before Ainsworth netted his second of the game in the 70th minute, putting Moorlands 3-0 and giving Wray little chance of coming back for a draw or victory. With only five minutes of the game left, Moorlands further stretched their lead, with another burst of 2 goals in three minutes, Ramsbottom scoring in the 86th minute to get his second, before Hodges scored in the 89th minute to secure a really good 5-0 victory for the away side. This result means that Moorlands will qualify for the Champions Cup semi-finals if Quernmore fail to beat Wray, whilst Wray need to win by 10 clear goals to ensure they can qualify for the semi-finals of the Champion Cup.

In Group B, Great Ecc hosted Crossgate with 100% records on the line for both teams. It was the league champions who came out of the blocks with real intent and took the lead when Jack Sharples’ long-range shot cannoned off the post but then rebounded off the unfortunate Crossgate goalkeeper and into the net. Great Ecc then doubled their lead five minutes later when Daniel Ball got in behind the Crossgate defence on the left-hand side and coolly slotted the ball into the far corner with his right foot. After a tough opening 15 minutes, Crossgate settled and grew into the game, creating big chances but failing to convert. In the second half, a change of formation for the visitors saw them get a grip of the game but again chances came and went – including a penalty from Dave Prout that was excellently saved by the Eccy goalkeeper with Prout then lofting the rebound over the bar from close range to sum up Crossgate’s finishing on the day. Minutes later, the visitors did get on the scoresheet when Bob Milton volleyed high into the net from close range, but the home side were always dangerous on the break and had chances of their own to kill the game. When Crossgate pushed ten men forward in stoppage time and the move broke down, Eccy broke with pace and with three against one at the back, Dan Parkinson rifled the ball into the roof of the net to make it a winning start for Great Ecc. Crossgate can take some solace in the fact that they performed well in only their third match as a team since 2017, and have also qualified for the Champions Cup semi-finals.

In this other game in group B, Loko faced Fulwood, with both sides knowing victory in this game would be invaluable in their respective quests to qualify for the Champions Cup semi-finals this season. Both sides started well, feeling each other out, without taking a hold of the match. Mid way through the first half and the deadlock was broken, a powerful strike from Glen Hanmer flew into the net and gave Loko the lead after 25 minutes. However, this goal seemed to wake Fulwood up and as the old adage goes – you are most vulnerable to concede after you’ve scored – which is what happened to Loko, as Rick Atkinson fired home for the away side on the 30th minute. Half time game and it was even-stevens, one goal apiece. Coming into the second half and it continued much like the first. Two evenly matched sides battling it out and not being able to find a way through the other sides defence. Again, mid-way through the second half, Loko took the lead, scoring in the 67th minute, through Rob Iddon. Both sides continued to battle hard to either put the game beyond Fulwood or to draw level. Coming into the last 10 minute, Fulwood were flying forward at Loko to try and find the equaliser, finding it through Pete Stephenson in the 82nd minute to bring the game level. A draw was likely the fair result between the two sides as they both face Great Ecc in their final group games, looking to seal qualification into one of the cup semi-finals.