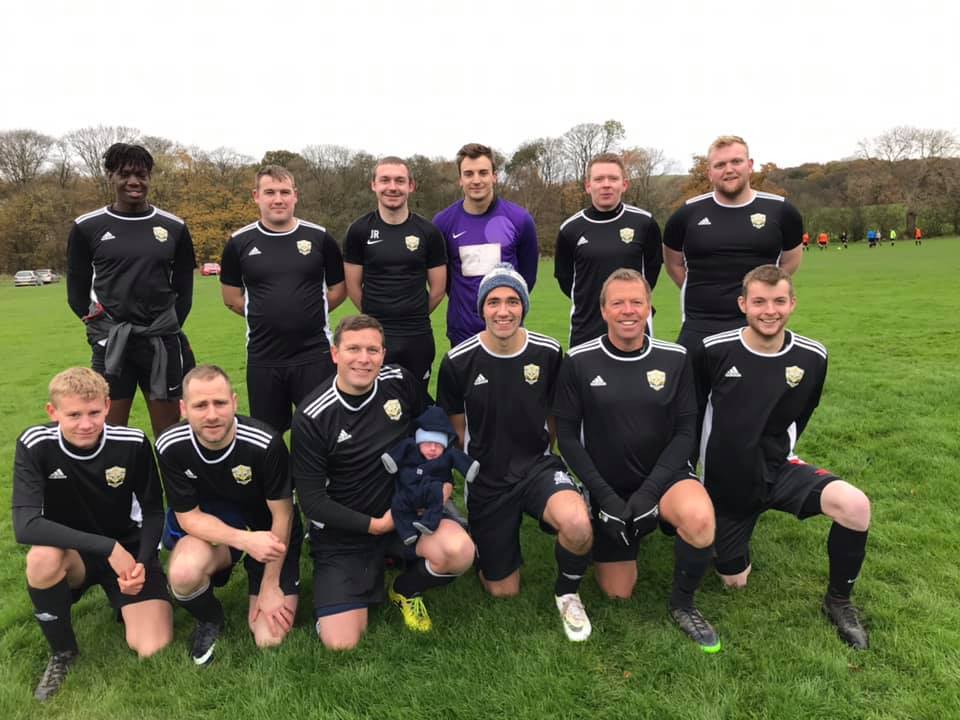 This weekend, it was the beginning of the cup campaigns for all the league teams, plus Accrington and Crossgate who are joining us for the cup this season. Each side started off this campaign with dreams of making it to the final to play under the lights but only a select few can get there. A good start in the cup is vital and each team will have wanted to get off to the best possible start. In group A, Wray made the trip south to face Accrington, whilst Quernmore faced Moorlands. In Group B, Crossgate making their return to the cup, facing local rivals Fulwood, whilst Great Ecc’s tie with Loko was postponed unfortunately.

Wray made the trip down to Accrington and were facing a tough side, with cup pedigree. Wray are looking to defend or better their League Cup triumph of last season, whilst Accrington will be looking for a strong campaign to repeat their feats of last season, reaching the final. Accrington made a fantastic start, scoring within 30 seconds through Schofield, to put themselves 1-0 up before the game had even really begun! Both sides battled hard and were looking to get a foothold in the game but both sides were cancelling each other out. There was a breakthrough for Accrington on the half hour, as Paul Pountain struck for the home side, doubling the lead to 2-0. Wray, though depleted through injuries, halved Accrington’s lead shortly before half time as Will Preece set up Bentley to fire home for Wray in the 37th minute. 2-1. However, Accrington came back again and scored through Schofield, making it 3-1. A disappointing end to the half for Wray, who had come back into the game through Bentley’s goal. Moving into the second half and it was fairly quiet to start with, both sides battling hard for supremacy, but not finding a way through. Accrington effectively wrapped up the win with Schofield’s third of the game in the 78th minute, putting Accrington 4-1 up. Wray got another to halve the Accrington lead again, through Dawson, but it was too little, too late as it was scored in the 87th minute. Accrington wrapped the game up through Reynolds who netted in the 92nd minute, putting Accrington 5-2. A good result for the side in a game that ended up being full of goals, whilst Wray can take the positives from a very tough game.

This game was set to be a intruiging prospect, with Moorlands fielding a number of new players, whilst Quernmore had been able to field a strong side and were confident of getting victory in the game. Quernmore started well in the opening moments of the game, but it was Moorlands who opened the scoring, as striker Dent sprung the offside trap to go through on goal and slotted past keeper Smith in a 1 on 1. Quernmore were bitterly dissapointed with the start and felt they should have done better. However, within moments, they were back level, after a good move down the right hand side led to a chance in the box, which was cleared to the feet of Harwood, who crossed into the box, which was then diverted by a Moorlands defender into their own net. Not the prettiest of goals, but Quernmore would take it. As the half got going, it became attack after attack for Quernmore, their attacking players causing plenty of problems for the Moorlands defence. In the 20th minute, another good cross, this time from the left, was cleared, but only as far as the feet of Mustapha, who swiveled and fired home a really good goal for Quernmore, putting them 2-1 up. Moorlands weren’t going to let Quernmore have it all their own way and after a foul in the box, were awarded a penalty, calmly dispatched by Dent again in the 39th minute. At half time it was 2-2, a scoreline frustrating to Quernmore, as they felt they should have performed much better in the half. Moving into the second half and Quernmore made some substitutions, freshening up the side. The second half went much like the first, with Quernmore spending much of the game attacking the Moorlands goal. They soon got their reward as Keiron Harwood fired home for the away side, putting the 3-1 up. Moorlands were still dangerous and they brought a fine save out of keeper Smith, saving with his feet, low to his left. However, Quernmore battled back and the midfield maestro that is Matt Sowerby grabbed his first goal of the season in the 73rd minute, meeting a great cross from Harwood at the back post to divert home. Quernmore were confident at this point that they had the game wrapped up, but Moorlands were continuing to battle and scored again from a corner in the 80th minute, with that man Dent heading home for his hat trick. That made it very tense on the Quernmore touchline for the final moments of the game as Moorlands continued to attack, but fortunately, Quernmore did enough to keep them out and get the victory – 4-3.

SportsReach welcomed the familiar faces of Crossgate – formerly Longton Community Church – to this year’s cup competition as one of two guest teams along with Accrington.
Crossgate had the shortest of away trips as they took on fellow Preston-based outfit Fulwood. The pre-match message – brought by a lady from Fulwood Free Methodist Church – was an insightful and impactful talk about the sacrifice Jesus made for each and every one of us and this was linked nicely with Remembrance Sunday and the sacrifices made on our behalf by our armed forces.
The opening 15 minutes were tight and cagey with just a half-chance for Crossgate when Sam Barrett’s snap shot struck the outside of the post following a short corner which nearly caught Fulwood out. Five minutes later, Crossgate took the lead as a free-kick from the right was headed powerfully into the net by midfielder Ste Farrington.
Fulwood came back into the game and two efforts from distance whistled past the Crossgate goal; one from Pete Stephenson and the other from Calum Alexander. But soon after, the visitors made it 2-0 as Bob Milton cut inside from the right wing and struck the ball low into the far corner. Minutes later, Milton had the chance to put Crossgate three goals up but his penalty was expertly saved by goalkeeper Anthony Atkinson.
This spurred Fulwood on and after a succession of corners, they made one count when Stephenson beat the Crossgate goalkeeper to the cross and headed home to get the home side back in the game.
However, Crossgate stalwart Gregg Metcalf restored their two-goal advantage just before half-time. After a great passing move, the ball was worked to Metcalf on the edge of the box and he swept the ball first-time into the top corner.
Early in the second half, Milton scored again to give Crossgate clear daylight and soon after, Metcalf grabbed his second with the goal of the game. A free-kick 25 yards out was rolled towards him and he strode onto the ball striking it powerfully into the far corner giving the goalkeeper no chance.
Fulwood fought back again and won a penalty of their own following a handball, and it was dispatched by Calum Alexander. Fulwood came close to getting another goal back when their right-winger cut inside and struck a low shot off the base of the post. Minutes later, Crossgate made it 6-2 when Metcalf beat his man down the right and crossed delightfully to the back post for Sam Barrett to head home.
Once again, Fulwood showed fighting spirit and pulled another goal back; this time through Ellis Mason who had been a constant threat all afternoon with his pace and direct running. He latched onto a through-ball and slotted coolly past the goalkeeper.
It was an excellent game of football played competitively with no shortage of skill and goalmouth action. Final result: Fulwood 3-6 Crossgate.